The new Williams Mercedes FW38 was unveiled today ahead of the first pre-season test in Barcelona, Spain next week.

For a third successive season the iconic red, white and blue stripes of WILLIAMS MARTINI RACING will be lining up on the Formula One grid, with the team looking to build on a successful 2015 season that resulted in four podiums and a third place finish in the Constructors’ Championship.

Commenting on the new FW38 Sir Frank Williams, Founder and Team Principal, said; “Williams has started to cement our position back amongst the front running teams after finishing third in the Championship in the past two seasons. This has been a great achievement given the resources of those around us. Staying where we are will be a challenge in itself, but we are determined to keep improving because only winning will ever be good enough.

“We have a very stable team going into 2016, with Felipe and Valtteri teaming up for a third successive season. They work well together and both have the ideal blend of speed and consistency. Our technical team has also remained very consistent which will be to our advantage and we have some of the best engineering minds on the grid at our disposal.

“We have a busy couple of weeks of testing coming up to learn more about our package and to refine the car ahead of the first race. We will have to wait until Melbourne to find out exactly where we stand in the pecking order but I’m confident that our hard work over the winter will stand us in good stead.”

Felipe Massa added; “Securing third in the Constructors’ Championship for two consecutive years is a great achievement and one that comes with a lot of expectation – a momentum which I am excited to build on going into the new season. The team at the factory have worked really hard on the new car and we have spent a lot of time understanding where we need to improve. I have a lot of confidence in the team at Williams and I’m looking forward to getting behind the wheel of the FW38 to see how it performs. I’m equally delighted to be teammates with Valtteri for another year. He is a very talented driver who brings a lot to the team.”

Valtteri Bottas, who is about to embark on his fourth season in Formula One with Williams, said: “This is always a really interesting and exciting time of the year because we have a new car and we can’t wait to get it out on track to see how it feels and how fast it is. It’s been a good winter and from what I’ve seen we seem to be headed in a good direction with this car.

As Williams unveils its 2016 challenger, Pat Symonds, Chief Technical Officer talks through the development and design of the Williams Mercedes FW38 ahead of the first test in Barcelona.
Q) What was the conceptual thinking behind the FW38?
A) The FW37 was a pretty effective car and so we concentrated on understanding the areas where we could improve it without losing the attributes which made it effective. It is no secret that the low speed performance of the FW37 didn’t match its high speed performance so a lot of time was spent looking into why this was and subsequently making changes, which we hope will improve the situation. On top of this we looked at the normal physical obstacles to development that one always meets during the life of a car and tried to push those barriers back.
Q) When did the design process start?
A) This is always slightly difficult to answer precisely as one is always discussing the path of improved performance with the senior engineers. However in mid-January 2015, before the FW37 had even run, we held a meeting to try and work our way through a concept ‘shopping list’ and to narrow down the areas in which we hoped the FW38 would out perform its pre-nascent forerunner.
As we started running the FW37 we could see more clearly the design directions we wanted to take with the next car and at the same time started laying out the basic architecture such that critical path items would hit their design release targets.  The monocoque and gearbox, for example, fall into this category as both need considerable time, not just in design but also in structural analysis.
Q) Other than a host of new cars what else does 2016 bring?
A) Well we have very few changes to the technical regulations. As always we are trying to improve safety and so the cockpit sides adjacent to the driver’s head are not only higher but they are also significantly stronger.
Something the spectators may notice more is that the engines will sound a bit sharper. Over the winter we can expect more power from improved combustion and this will in itself produce a bit more noise but perhaps more significantly the turbo wastegate is no longer plumbed into the main exhaust. This should not only produce an engine note that is around 12% louder than before but may also from time to time trigger some of the dramatic sounds we all associate with high performance turbo charged engines.
Q) So technically not much change – what about the sporting regulations?
A) Here we can expect to see much more change particularly with regard to tyre usage. It has long been recognised that the more prescriptive a set of rules are, the more similar the outcomes of a competition will be. With this in mind it was decided to introduce an additional fifth tyre compound at the soft end of the spectrum and, more importantly, give the teams greater freedom in the choice of tyres they use.
While I don’t think this is an earth shattering change it still has the potential to spring the odd surprise from time to time.
Q) What about Williams – how will 2016 pan out for the team?
A) One can never tell because no matter how much effort you put in and no matter what the magnitude of your improvements all things in sport are relative.  This means the outcome of the season is not just a function of your efforts but those of your competitors as well.
At Williams we are honest about our mistakes and try to learn from them. Just as in the design of the car we always analyse strengths and weaknesses, so we do with the team. This has led to several operational changes for 2016 which, although not particularly visible from the outside, should see the team better able to cope with the many variant scenarios that racing will inevitably throw at them.
One strength we take into 2016 is stability. It is easy to underestimate the power of this but with the same driver pairings and continuity in the engineering team we hope to be up to speed quickly – something particularly important with only 8 days of pre-season testing.
Q) So predictions for 2016 then…
A) I have been in the sport far too long to fall into the trap of making predictions. Over the last couple of years Williams has regained the competitive spirit it was so long famous for. I want to harness and augment that spirit and use it to drive us forward in a progressive manner while always keeping a strategic eye on the future and in particular the big changes due for 2017. 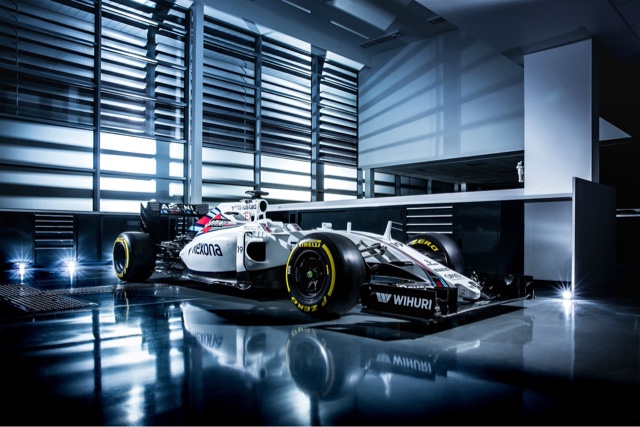 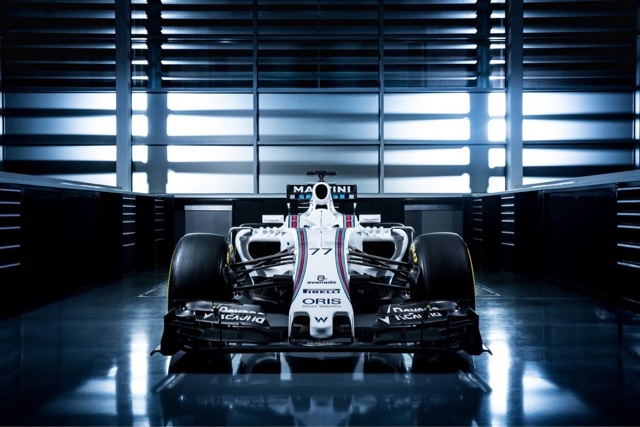